Michael Finegan, Ph.D., ABPP, is the Executive Director of Peninsula Mental Health and its divisions, which include Peninsula Addiction Services and Peninsula Police Psychological Services. Dr. Finegan received his Ph.D. in clinical psychology in 1984 and became Board Certified in 2021. He served his APA Clinical Psychology Internship at the University of Minnesota Medical Center and completed a Post-Doctoral Fellowship in Geriatric Clinical Psychology at the Texas Medical Center. Beginning with his first experience working with law enforcement at the Utah State Prison in 1983. Dr. Finegan has progressively dedicated more time to serving the special needs of law enforcement. His clinical interest focuses on treatment of trauma as well as mood and anxiety disorders.

Dr. Finegan has responded as a volunteer to disasters in India, Sri Lanka, the Philippines, Puerto Rico and Haiti, providing front-line psychologic interventions to the victims, first responders, and local/national leaders. He is a frequent guest on local CBS and ABC affiliate stations and has also been featured nationally on NBC’s Dateline, CNN Headline News and the Washington Post.

He has served as an invited speaker to the National Academies of Science, Medicine and Engineering as well as guest speaker at the International Conferences hosted by the U.S. Drug Enforcement Agency (DEA) and the International Association of Chief of Police (IACP).

Dr. White earned his doctorate degree in Human Development from the University of Maryland, College Park and was a faculty member in the Department of Psychology at Salisbury University from 1978 to 2011.

He has been with Peninsula Mental Health Services since 1991 and is presently the Clinical Director of the practice.

He specializes in cognitive-behavioral, interpersonal and Adlerian therapies, providing services to individuals, couples and families. He is licensed in the state of Maryland as a Clinical Professional Counselor.

In addition, he is the drug court liaison for Wicomico County Adult Drug Court. He has held this position for the past four years. Steven is very active in the community. Giving back to the community, he is committed to helping people change and instilling in his clients that change is possible.

Crystal has been with PAS since 2019. Prior to joining the team, she began working in the field of addictions as a peer at Wicomico County Health Department.

She attended Wor-Wic Community College for her Associate’s Degree in Associates of Science Specializing in Chemically Depending Counseling. Since that time, Crystal has worked on the COAT team in Salisbury, MD and is an active member of the community.

She is passionate about addictions and mental health, leading her team with fervor. She is moving to pursue a Bachelor’s in Christian Counseling. 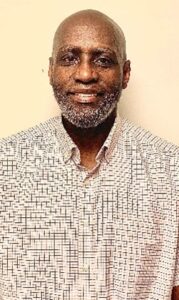 Andre joined PAS in 2022 as a Substance Abuse counselor. He provides evening group sessions and is also available for individual counseling sessions.